Lessons from Leaders: How Jesse Cole and the Savannah Bananas Create the ‘Greatest Show Possible’ 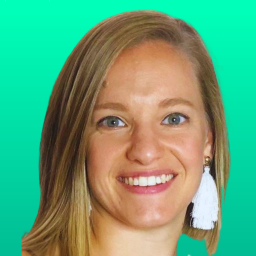 If you don’t know by now, we’re big fans of the Savannah Bananas.

Inspired by Walt Disney and P.T. Barnum, Jesse Cole had a vision and has turned an independent collegiate summer baseball team into a global phenomenon.

That vision is projected everywhere, from the ownership group (Fans First Entertainment) to the mission (“Fans First, Entertain Always”). The dancing players, Banana Nanas senior dance team and experiments like Dolce & Banana underwear have captured the attention of fans around the world, with  500K+ followers on Instagram and 2.7 million followers on TikTok.

This week, we welcome Jesse back to the podcast to discuss his newest book, Fans First: Change The Game, Break the Rules & Create an Unforgettable Experience. Jesse has 5 Es to building a Fans First organization, which he illustrates through dozens of stories about fans and from fans.

What Jesse understands above all else is, “The first fan is yourself.  You can’t create fans until you are a fan of what you do.”

Here’s how Jesse and his front office have become fans of the Savannah Bananas:

What is it: From the start, Jesse strived to eliminate the macro friction of “baseball is boring.”  Fans are entertained from the second penguins guide them to park in the parking lot, through the player pre-game parade, promotions every half inning and a dance party with the players when they leave.  On a micro level, the Bananas attack the little things – ticket fees, convenience fees, shipping fees, buying concessions, standing in line.  Even the necessary pains, like paying invoices, they make it fun.

How to approach it: Start with the things that drive you crazy as a fan – parking prices? Ticket fees? Concessions prices?  Make a list and just start tackling it one-by-one.

What is it: In sports, we talk about the “driveway to driveway” experience, but the Savannah Bananas look at the 7 stages.  The first stage is the first impression fans have – navigating your website, what’s on your social media, the messaging in your confirmation emails.  The team sends videos to celebrate ticket sales and sends you a driving playlist to psyche you up for the game.  The last stage is the last impression – which is not pulling out of the parking lot.  It’s how you communicate with them after the game. Hint: It’s not an email with a postgame survey.

How to approach it: Think about the different stages of your fan experience.  Take it one stage at a time.  Start with one item that you could “plus up” that will have an impact on the fan experience.

What is it: The Savannah Bananas are not afraid to try anything. They put their rivals’ logos on toilet paper in their restrooms.  They sell Dolce & Banana underwear.  Every game has 5 – 10 experiments.  With every experiment, they measure how the fans are responding to it, what are they doing, what’s working, what’s not and they learn faster.  What’s critical is how they learn.  They don’t learn by surveys, they learn by observation.  2 years ago, they took a picture of the grandstand every 30 minutes to track fans’ behavior, which led to the 2-hour Banana Ball game.  Every single night, a Savannah Bananas staff member goes undercover.  They park with the fans, walk in with them, eat with them, stand in line with them and report on their experience that night.

How to approach it: What’s the worst parking location, the worst seat, the worst food section in your venues? Go experience that for yourself. Become an undercover fan and figure out the friction points, the frustration points and the Fans First moments. Tackle the friction points one-by-one. Fix one concessions stand at a time, improve one gate flow at a time.  Take it step-by-step.

What is it: With such an emphasis on personalized experiences, it’s easy to become overwhelmed or stuck on how to deliver a unique, heartfelt experience for everyone.  Start by doing the unscalable – call a fan and thank them for a purchase, send a fan who is battling an illness a motivational video. From there, try and find ways to make it scalable.  One of Jesse’s other favorite references is from Darren Ross who runs the Magic Castle Hotel – “Listen carefully, respond creatively.”

How to approach it: The Bananas believe in the mindset of Andy Stanley, “Do for one, what you wish you could do for many.” Make one phone call / email / text to a fan per day to thank them for a purchase.  If fans comment on social media that they are coming to the game for a special occasion – first visit, birthday, anniversary – find a way to make that memorable for them.

What is it: The Savannah Bananas staff are all empowered to create Fans First moments.  If you follow Jesse on LinkedIn, he continuously shares these stories, from his nightly walks on plussing the experience with his Director of Entertainment to one of his ticket staff noticing drain covers could use a Bananas face lift. If you are clear with the vision, then trust your staff to execute it.  If they go overboard with it, that’s great. It’s better to push them and rein it back from there.

How to approach it: We emphasize this all the time, lead with purpose over task.  Define your vision and how your staff can contribute to the execution of it.  Allow them to create experiences for your fans that align with your vision.

For even more ideas than we could possibly share in one email, check out the full conversation and purchase Fans First for your summer beach read, book club or team idea generation session.

130: Storytelling and the Science of Cool (Part 2) w/ Troy Campbell

129: Storytelling and the Science of Cool (Part 1) w/ Troy Campbell